FIFA 15 has released a new PC-only title update after the previous title update. Although it is a small update, it addes to stability of FIFA Ultimate Team. 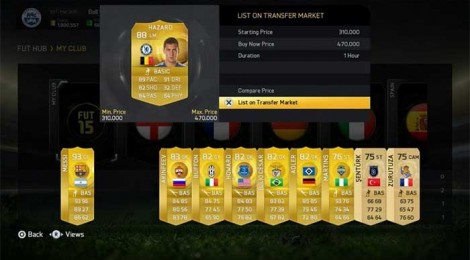 The company says, “Our commitment to improve the FIFA 15 experience is ongoing, and regular feedback from our fans helps us prioritize and identify future improvements. Thanks again for your continuous feedback on Twitter, Facebook, and the EA Forums. We’ll continue to provide you with information through those channels as and when it becomes available.”

The Ultimate Team stability issues don’t seem to be present on the Xbox One, the Xbox 360, the PlayStation 4 and the PS3.

EA Sports has not said whether it has plans to introduce any more title updates for FIFA 15 specifically designed to change the core gameplay mechanics of the sim.

It’s necessary to improve stability for the company that is celebrating sixth birthday. You will be notified automatically when the patch can be downloaded.