We have one other new system that will use part of the personal loot model. This is what weâ€™re calling the bonus roll. Once upon a time, raiders had to invest a lot of time and effort every week preparing for a raid. This felt kind of cool in the abstract because it built anticipation, rewarded players who prepared for raid night, and otherwise just added a little more ceremony to the act of entering the dragonâ€™s lair to seek glory and treasure. The reality is that you spent your time killing mobs to farm flask materials or gathering Whipper Root Tubers. The reality didnâ€™t match the fantasy and we eventually greatly minimized the need to farm consumables altogether. Of course, that led to another problem, as raiders would log on for raid nights, finish, and then have nothing to do the rest of the week.

The bonus roll is intended to give those players something to do that is hopefully more enjoyable than grinding elementals or Blasted Lands boars. We want to see players out in the world doing stuff, and we want that stuff to be a little more interesting (if not downright fun) than farming mats. The way it works is like this: We have two major Pandaren factions, the Elders and the Craftsmen. Completing daily quests and scenarios for each group earns you one of two currencies. The Craftsmen tokens are spent mostly on cosmetic items. The Elder tokens are spent mostly on power items. The intent here is to let players who want some optional content to be able to devote time to both Craftsmen and Elders, while more min-max focused players or players who donâ€™t want such a time commitment can stick to Elders.

The Elder tokens can be used to purchase head enchants, some nice purple

Per-person loot and the bonus roll in action items, and the kind of gear youâ€™ve come to expect from factions. However, they also sell an item called a Charm of Good Fortune. Imagine you can complete a quest once a week to buy one Charm for 25 Elder Tokens. You also might be able to save up a few charms, but you wonâ€™t be able to hoard them until the next tier of content.

The wetlands had always been largely avoided by the orcs, and for good reason. The entire region was covered with shallow, brackish water; many of the flora and fauna were poisonous if not properly prepared; and many of the larger wetland creatures would eat anything that did not eat them first. As Nobundo navigated several towering giant mushrooms, he heard raised voices: a commotion near the edge of camp. He hurried to see what was happening. Three battered draenei, two male and one female, were being assisted by camp members past the perimeter guards. Another, unconscious, was carried behind them. Nobundo shot a questioning glance to one of the guards, who responded to the unspoken enquiry: â€œSurvivors from Shattrath.â€

Galvanized, Nobundo followed the party back to the caves, where the survivors were carefully laid down on blankets. Rolc laid his hands on the unconscious one first, but was unable to awaken him. Rolc came and shushed her. â€œJust relax. You are among friends now. Everything is going to be fine.â€ Nobundo wondered. Would everything be fine? Orcish hunting parties had already discovered one camp and wiped it out. And these four, how had they survived? What horrors had the female witnessed? What had driven the unconscious one to his catatonic state? Even more, the way they looked and behavedâ€¦ Nobundo wondered if their injuries went beyond the physical: they appeared drained, dispirited. They looked the way he felt.

Several days later the survivors had recovered sufficiently for Nobund

o to feel comfortable asking them about Shattrath. The female, Korin, spoke first. Her voice broke as she recounted the experience. â€œWe were lucky. We stayed deep in the mountain, in one of the few hiding places that remained undiscoveredâ€¦ at least for the most part.â€ Nobundo looked puzzled. â€œAt one point a band of the green-skinned monsters found us. The battle that followed wasâ€¦ I have never seen such things. Four of the men who had volunteered to defend our group were slaughtered, but they killed many of the orcs as well. Finally only Herac and Estes were left. They killed the brutal creatures that remained. They were savage beasts. And those eyes, those terrible eyesâ€¦â€ Korin shuddered at the memory.

The Life-Binder sensed that something about the apocalypse beyond the state of the timeways troubled the bronze Aspect. Yet she was already asking so much of Nozdormu; if he did not wish to voice his concerns, that were his choice. Alexstrasza lowered her head to Nozdormu and spoke softly. â€œUnto each of you is given a giftâ€¦â€ The Timeless One completed the ancient words without hesitation. They were the titansâ€™ last command to the Aspects, a reminder while each of them was unique, their powers and knowledge were never meant to be separate. They were one. â€œTime is your charge just as life is mine, but what is our duty?â€ Alexstrasza said.

â€œTo preserve this world at all costs. To prevent the Hour of Twilight,â€ Nozdormu whispered. The Timeless One was quiet after that. The Life-Binder followed his gaze into the sky, sorrow tugging at her heart. â€œHave any of your other agents returned?â€ â€œNo. None will. Yet I wait. I was once lost in time until Thrall aided me. Now I am lossst outside of it.â€ To Alexstraszaâ€™s surprise, the bronze Aspect chuckled in pained amusement. The Timeless One finally turned away from the horizon and looked to Alexstrasza. â€œFor too long I have been rigid in my waysss. What you say is true. The time for waiting is pastâ€¦â€

â€œI am honored that you seek my aid,â€ Thrall said. â€œI have but one request. The short-lived races vanquished Ragnaros, and before him the Lich King and countless other threats. Time and time again, we have been instrumental in safeguarding Azeroth. We are invested in it as much as you are. With all due respect, I believe that this plan, as noble as it is, can succeed only with their assistance.â€ There was no doubt that what Thrall said was right. Alexstrasza had hoped to avoid dragging more mortals into this perilous endeavor. lingered in silence.

Helping out is actually pretty common in the Guild Wars 2 community.Â  Sure, we have a good laugh but by helping out new players we may be helping create a great player.Â  The best way to help a new player is to answer their questions, even if it reminds you of the noob you used to be.Â  All it takes is a few moment to answer a question.Â  Someoneâ€™s asking how to craft, give them some info.Â  Someoneâ€™s asking where a certain NPC is, let them know.Â  Donâ€™t just tell them to type in /dance, even though that response is very hilarious.Â  Iâ€™ve even seen players take that advice.Â  If you think it would help, send them over to the wiki pages.Â  Anything is better than nothing.The gameplay is simple and to the point. One team fights against another in either team death match or â€œplant the bombâ€ game modes. As is usually the 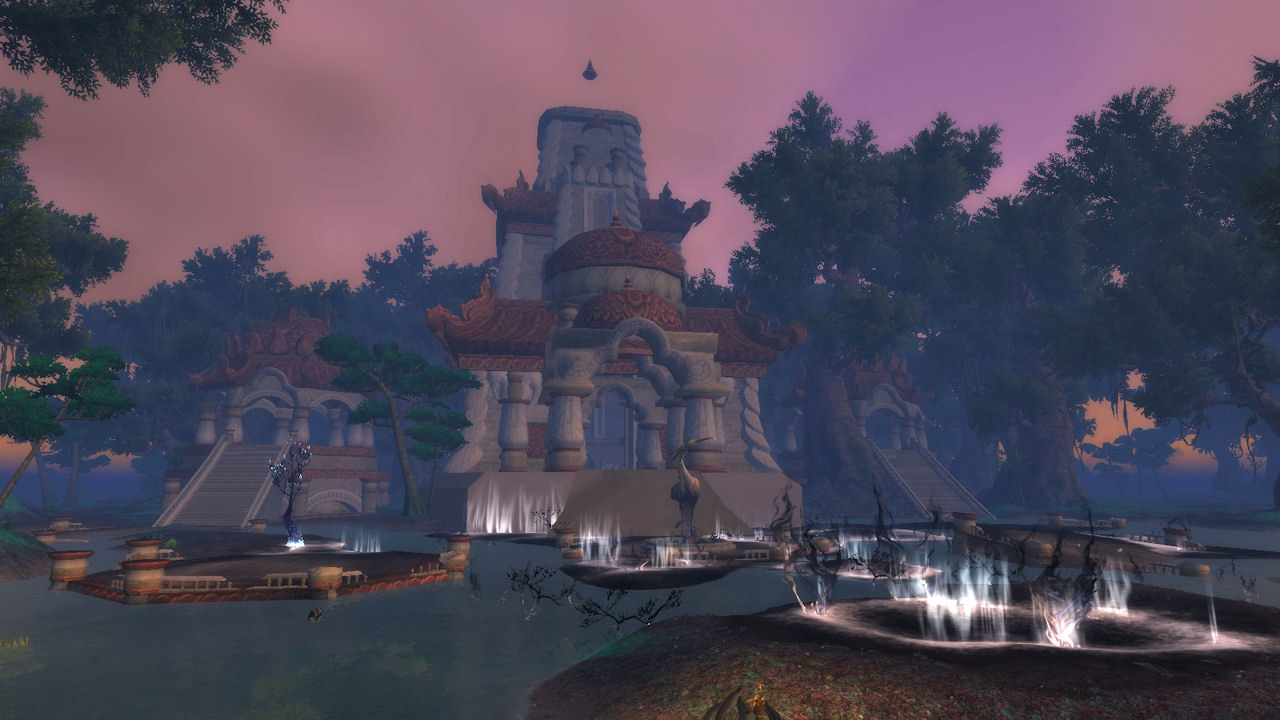 case with realistic first person shooters, head shots are near instant kills, whereas body and limb shots are significantly less lethal. Movement decreases the accuracy of the playerâ€™s weapon, as does sustained fire, which gives the combat a level of tactical nuance commonly found in modern shooters today. However, two things that I found to be curiously absent were weapon iron sights, as well as the ability to either sprint or bunny hop in any shape or form. With that aside, pretty much anything youâ€™d expect to see from a standard shooter, youâ€™ll see in 9mm Online.
With the high-quality riftservice, standard rift powerleveling order processing system and guaranteed rift powerlevel account security, our company has won the trust from more than 10 thousands rift power level customers in the past. Our customer support are always online to offer 24/7/365 service. No matter what problems you meet, you can contact with us.We promise to serve you with 100% satisfaction. Our professional pricing system can compare prices with our sellers and offer fair pricing for our customers. We make sure to offer the service with the lowest price and best products. any important adwords in connection with MMORPG : rift power leveling,rift platinum,cheap rift platinum,buy rift platinum,rift powerleveling is our companyâ€™s line of business and service domain ï¼Œetc, Professional powerleveling team have excellent powerleveling experience and know how to play the game well. We power level the character 100% by hand and no Bot. Our advanced system can protect your personal information unreleased and about 15 hours regular leveling time a day ensure your account is not flagged)

In a new developer blog post on the Line of Defense site, Derek Smart lays out details about the size of the gameâ€™s universe and how many players he expects will be able to take part in game play at any given time. In addition, Smart reveals some of the back story that the game will utilize and indicates that it is a universe that has been in development since the 80s.
As you can see from the LOD world map, there are four space regions, all linked via jump gates. So you can fly from the Lyrius space region to the Lennen space region etc.

Each of these space regions also has planets and moons. In the upcoming first release of LOD, you will only be able to enter the Lyrius planet. We expect to populate and make accessible the other planets and moons via expansion packs depending on how well the game does. We wil also be building additional bases on Lyrius on an as-needed basis.

In a separate news item, DC Entertainment and 3000AD have announced a partnership agreement to release a Line of Defense comic. The first issue will be available at the DC Entertainment booth at this yearâ€™s San Diego ComiCon as well as at other conventions throughout the season.